4TH PLENARY OF THE PONTIFICAL COUNCIL FOR PROMOTING THE NEW EVANGELIZATION

The 4th plenary meeting of the Pontifical Council for Promoting the New Evangelization was held at the Sala Bologna, Apostolic Palace, Vatican City, 27th to 29th September, 2017. The President of the Dicastery, His Excellency, Archbishop Rino Fisichella, updated the members on the activities of the Council in the last two and a half years, followed by animated discussions. This Pontifical Council was responsible for preparing the programme and guide for the implementation of the “Year of Mercy” . Archbishop Fisichella presented a draft copy of the directory for Catechesis which was discussed in depth by Council members. Among other things, the Pontifical Council is also working towards the celebration of the “World Day of the Poor”, to be led by Pope Francis at St. Peter’s Basilica Rome, 19th November, 2017. The meeting came to an end with the participants being received in audience by His Holiness Pope Francis on Friday, 29th September (who stressed among other things the evangelizing mission of Christians and the promotion of integral human development). Present at the plenary meeting and the papal audience were: Cardinal Christoph Shonborn, Cardinal Francisco Ortega, Cardinal Odilo Sherer, Cardinal Stanislaw Rylko, Cardinal Gianfranco Ravasi, Cardinal Daniel Berhouet, Most Rev. Claudio Celli, Most Rev. Adolf Montes, Most Rev. Bernard Longley, Most Rev. Bruno Forte, Most Rev. Pierre-Marie Carre, Most Rev. Paul Matar, Most Rev. Ignatius A.Kaigama and some officials of the Pontifical Council for Promoting the New Evangelization. 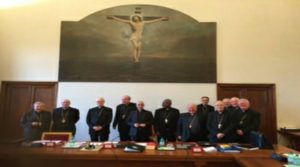 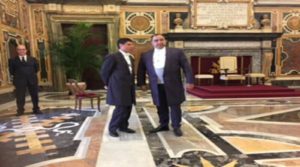 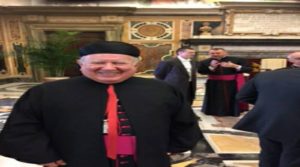 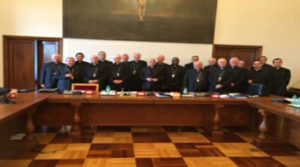