Plateau State has experienced relative peace in the past few years. The political, religious, social and economic atmosphere of the state has been peaceful. In 2015 the peaceful nature of the general election underlines the effort made by Government and other NGOs/CSOs. In other to strengthen the process of peace on the State, the current Government established the Plateau Peace Building Agency (PPBA), to facilitated peace building activities towards ending conflict in Plateau State.

Recently, the peace enjoyed by the people of Plateau State has eluded us. Violent conflict, attacks and reprisal attacks have become the order of the day, many people were killed and properties worth millions of naira were destroyed in Miango and other surrounding villages in Irigweland.

Bassa LGA used to be one of the most peaceful LGA in Plateau State, but recently from 2016 it has been engulf in a cycle of violence. It started between Irigwe and Rukuba the two major tribes in the LGA and recently it has escalated between the Irigwe and the Fulani’s.

The ethnic crises between Fulani and Irigwe have taken a different dimension with high level of killings and destruction. Many people were killed, farms were destroyed and many cattle were killed and rustled while millions of people have been displaced mostly women and children.

Despite the deployment of military personnel in the affected areas the violence kept escalating day by day.

FACTORS IDENTIFIED AS CAUSES OF THE CONFLCIT

According to the people the following factors contributed towards escalating the crises between the Fulani and the Irigwe.

Ø Break in communication between the two communities which led to suspicion and mutual distrust.

Ø Hijacking of the crises by criminals to perpetrate their criminal activities- Such as Cattle rustling, Rubbery etc.

Ø Proliferation of arms in the communities

Ø Stray cattle or cows as a result of underage shepherds or children.

First dialogue Session: The Archbishop invited all the Leaders/Elders of Irigwe and Fulani residing around Miango in Bassa LGA, on the 28thMarch 2018 to DREP centre for dialogue

As part of his effort in promoting peaceful coexistence among people in Plateau State; the Archbishop of Jos Most. Rev. Ignatius A. Kaigama, invited the leaders and representatives of the two ethnic communities of Fulani and Irigwe for a roundtable dialogue session. The dialogue session was held in DREP Centre because of its neutrality to both parties. During the dialogue session the people shared their grievances and expressed their dissatisfaction over the entire situation.

The people narrated how the crises have affected their lives negatively. For the Irigwe ethnic communities, they expressed their pains on how they lost loved ones and at the moment they cannot go to their farms because of the fear of attacks.

The Fulani people also expressed their pains on how they will not be able to go into the bush to rear their animals for fear of attacks and at the moment they are displaced and have to settle in other parts of the LGA.

After a lengthy discussion the people came to the agreement that they will put all effort to bring to an end the incessant ethnic crises that have bedevilled their communities.

After a lengthy interaction under the guidance of His Grace the Archbishop, the following agreements were arrived at:

Because of the success of the first dialogue session between the leaders of Irigwe and Fulani, they suggested another separate meeting for the youth representatives of both tribes to meet in DREP also for dialogue. The elders agreed to invite 15 youth leaders from each tribe for the next meeting.

The second dialogue session took place on the 5thApril 2018 in DREP Centre, with the youth representatives of the both Fulani and Irigwe communities in Miango and heir surrounding villages. The meeting with the youth also took the same format as that of the elders. After a lengthy discussion and sharing of experience, the youth also come to a conclusion that they will want to strengthen the peace process they have started through this dialogue. As a result, they agreed to meet again in their community, and they will invite other youths within their various communities in other to widen the scope of participation in the meeting and to gain wide acceptance of the peace process.

They fixed 19thApril 2018 for the next meeting, venue to be announce by the paramount chief Irigwe chiefdom.

The following agreements were also arrived at:

With this intervention by the Archbishop of Jos, Most. Rev. Ignatius A. Kaigama and DREP, we strongly believe that permanent and sustainable peace has returned to Irigweland and Bassa LGC of Plateau State. 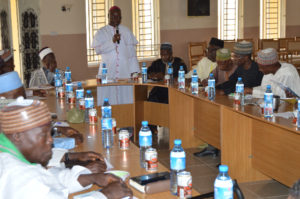 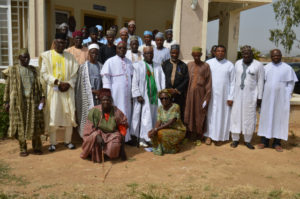